China plans more dams and mega infrastructure in Tibet, by The Third Pole

China’s just-released 13th Five Year Plan — which sets out the country’s economic and social blueprint — promises to be the greenest yet. It articulates the leadership’s aim to shift the vast economy away from fossil fuels and heavy industry and towards renewable energy and green growth.

Yet, the plan also gives the green light to a number of major hydropower and infrastructure projects in Tibet — source of Asia’s major rivers — marking a new era of industrialisation for the ecologically fragile region. Although the plan does not mention any river specifically, new dam projects are likely on the transboundary Yarlung Zangbo (Brahmaputra), Lancang (Mekong) and Nu (Salween) — potentially jeopardizing future water supplies for South Asia and South-East Asia.

There are a number of key policy issues in the plan that will affect the Tibetan Plateau and the Hindu Kush Himalayas.

To meet its renewable energy targets, China — already the world’s most prolific dam builder — will have to harness yet more hydropower.

The FYP calls for large scale expansion of hydropower projects in China’s south-west — which means Yunnan, Sichuan and the Qinghai Tibetan Plateau.

Three of the rivers identified for large scale hydropower expansion in this region in the past are transboundary rivers that originate on the Tibetan plateau — including the Lancang (Mekong) the Nu (Salween) and Yarlung Zangbo (Brahmaputra). The Brahmaputra flows into India and then Bangladesh before merging with the Ganga. Any hydropower project on this river will exacerbate tensions with downstream countries worried about their future water supplies.

Perhaps recognising this, the new plan states the need to “scientifically develop and harness international rivers” and “deepen cooperation with other riparian countries / along the rivers”.

China has taken recent steps to reach out to Mekong river countries, but little progress has been made with India over the Brahmaputra, apart from the Chinese providing water flow data and flood warnings during the monsoon months. The number of Chinese institutions and government departments dedicated to these issues has proliferated as well.

Most of the new hydropower capacity on international rivers is expected to be added on the Lancang — with the rest on the Yarlung Zangbo. The controversial cascade of dams on the Nu river has been suspended for 10 years in a surprise announcement from the Yunnan provincial government in February, though some observers are sceptical this ban will hold. The Nu is China’s last major largely free flowing river that flows into Myanmar and the dams have been the target of rare civil society campaigns in China in the past.

More details about specific hydropower projects will be released in the annual energy sector blueprint later this year.

The FYP continues to promote the construction of large scale water diversions and storage dams — along with targets to reduce water use — as a major solution to water shortages. China will push ahead with follow up work on the central and eastern routes of the “South-North Water Diversion Project” but there is no explicit mention of the more controversial western route stretch over the Tibetan plateau.

Infrastructure and development in Tibet

The environmental health of the Tibetan plateau — the source of Asia’s major rivers — will be crucial for around 1.3 billion people who live in the river basins downstream in China, South Asia, South-East Asia and Central Asia. And with temperatures on the plateau rising three times faster than the global average, climate change impacts have already taking a toll on the fragile and globally important ecosystem.

In the second week of March, Tibet’s green development became a hot issue at the National People’s Congress (NPC) in Beijing — China’s annual parliamentary meeting where the FYP was approved and launched. As the country’s overall economy has slowed, Tibet Autonomous Region has maintained growth rates of 11%, well above the national average. This has been fuelled by central government investment in infrastructure and public services.

The funding to build a second railway line linking the Tibetan capital Lhasa with the southwestern city of Chengdu was confirmed as part of a new FYP, sparking rare public discussion about trade-offs between the economy and environmental protection in the region.

“The ecological environment of Tibet will not be harmed,” Padma Choling, the vice party secretary of Tibet, told reporters on the sidelines of the meeting. But given the precipitous terrain through deep gorges and high mountains, this will be a huge engineering project, which may take a decade to complete.

Concerns have been raised about the environmental impact of the first railway to Lhasa — the world’s highest which opened in 2006 and reaches 5,000 metres. Melting permafrost beneath the tracks on the high plateau threaten to derail the project. A study from a team at the Chinese Academy of Science (CAS) in Beijing warns that if temperatures rise two degrees, existing infrastructure in more than 60% of the region could collapse as the ground would become too soft to support their weight.

Overall, the 13th FYP aims to speed up infrastructure development and integrate Tibet closer with the rest of China. As well as the new railway, there will be new highways to boost industrial growth and tourism and to connect remote mountainous villages in the border areas, the plan says.

Losang Jamcan, chairman of the Tibet Autonomous Region (TAR), said environmental protection is the baseline of development in Tibet — and he would rather have slower development than see its natural environment being damaged.

But the environmental challenges are already immense. A major scientific assessment report released at the end of last year by CAS — China’s top scientific body — revealed that large areas of the Tibetan plateau are suffering from desertification and the situation will only get worse, potentially reducing future water flow to the rest of China and South Asia.

However, at the same time local officials are trying to boost revenue generating industries by pursuing mining, tourism and bottled water production — all of which could be at odds with central government plans to preserve the fragile plateau ecosystem.

Other initiatives that could potentially be at odds with goals for environmental conservation include the construction of the world’s highest ski station outside Lhasa and targets to boost tourism.

One Belt One Road

The One Belt One Road initiative is centre stage of China’s newdevelopment plan. The new document does not add much flesh to the details of the plan to enhance infrastructure investment and connectivity across Asia and to Europe and Africa. But it does put particular emphasis on building economic cooperation corridors between Mongolia, Russia, Central Asia, Pakistan, Bangladesh, India and Myanmar.

There are concerns China will use this initiative to shift the country’s overcapacity and heavy polluting industry overseas, but Premier Li Keqiang highlighted the opportunities for China’s environmental services companies and green technology in his work report delivered to NPC delegates.

Elsewhere in China, a large-scale campaign has been launched under the plan to protect the Yangtze River, the world’s third longest river and the nation’s “River of Life,” with polluting factories shut down, wetland restored and fishing curbed. 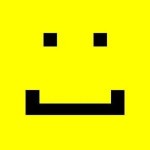